It’s about to happen. For real. In time for gift giving season. (But every season is the time to give gifts!) Watch this space for purchase links, coming soon. 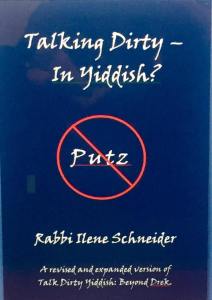 This afternoon I went to see “The Man Who Invented Christmas,” about how Charles Dickens came to write A Christmas Carol. I’m glad I ignored the mixed but generally mediocre reviews: I loved the movie.
It’s the second one I’ve seen recently about how a writer overcame inner obstacles and found the inspiration to create their best-loved works, classics that have lasted for generations. In Good-bye, Christopher Robin, A. A. Milne was blocked by PTSD. Dickens was blocked by three successive “flops” (the word used in the movie, although etymology dictionaries – I looked it up – say the word did not mean “failure” until 50 years after the events of the movie). Each man had lost the confidence to continue to write. Each man eventually found the spark that became their books.
What I enjoyed most about The Man Who Invented Christmas is what many critics, professional and lay, disliked: the weaving of reality, fantasy, dreams, flashbacks. But these scenes seemed to me to be a perfect visual metaphor for the writing process. Like Dickens, my characters speak to me, tell me what they want to happen. Dickens laments, as he is stymied about how to end the story, “My characters won’t do what I want!” He also is an observer, telling a friend “I am working,” when it appears that he is aimlessly wandering around a crowded market; but he is actually observing, eavesdropping, jotting down unusual names, finding material to incorporate into his story. And every writer can empathize with his despair at the sight of a blank piece of paper, although these days it’s more likely a blank computer monitor.
The cast was quite good. Dan Stevens as Dickens acquitted himself well against such seasoned actors as Christopher Plummer (as Scrooge) and Jonathon Pryce (as Dickens’ father). And I always enjoy character actors Simon Callow and Miriam Margolyse. It was also fun to see Annette Badland in a small background role as the jolly Mrs. Fezzywig, a departure from the only other roles I’ve seen her in, as an alien bent on world domination in “Doctor Who” and as the nasty Aunt Babe in “EastEnders.” (I’ve noticed that I am much more familiar with contemporary British actors than I am with American ones.)
The movie will not lose much on the small screen, but was definitely worth the price of the movie ticket.

Most people are aware of – and have probably indulged in – binge watching. I have for “Game of Thrones,” and “Grace and Frankie” and “Happy Valley” and “Red Dwarf.” Many weeks, I’ll save all four episodes of “EastEnders” to watch in one block. (The time commitment is the same as for a feature-length movie, but with fresh popcorn.)

I also tend to binge read.

I’ll read a positive review of the latest book in a series, think it sounds like something I would enjoy, and then realize I’ve never read any of the earlier books. So I start from the beginning. It’s not a problem when there are, for example, five earlier books. But when an author has been writing the same series for a couple of decades and now has over twenty books in print, the prospect can be daunting. Plus expensive, even with e-books. (And many libraries, because of space restrictions, cull older books from their shelves.) But I do it anyway. Sometimes, I’m rewarded by an author who is so good that I buy the next book in her series before I finish the earlier one, so I can continue to read without a break.

But there is a potential difficulty with binge reading. Not only can it become tedious (I generally take a break and read something else after Book #3. Or #4. Definitely by #12.), but the idiosyncratic, “charming” tropes an author uses, whether consciously or not, become, to put it bluntly, annoying.

When an author comes out with a maximum of one book every year, it’s easy to forget during the time lag that these writing quirks exist. One author, throughout all his books, describes, in detail, every trip, no matter how short, with names of streets and stores I don’t know, plus all the traffic and parking woes. When reading one or two books a week instead of one book every one or two years, it becomes painfully obvious that the technique is not only frustrating, but pointless. This author, whose books aren’t very long anyway, includes so much information about traffic jams that I began to suspect he was using the details as filler to make the books longer. The fact that the mysteries were pretty thin and not very complex or even interesting became obvious by the end of Book #2. I read the next one anyway, and then stopped when I realized he was repeating himself. I suspect he had discovered cut-and-paste.

Another author’s protagonist tends to have brilliant leaps of logic that help him solve mysteries that have everyone else – police, private detectives, family, friends – baffled. But he lacks the thoughtfulness and insightfulness of a Holmes or Poirot. He just suddenly knows what happened. And during the book he displays all the traits usually ascribed to TSTL (too stupid to live) females. Hey, if someone has just tried to kill your daughter, and is also targeting you, and you go with her to her apartment and notice right away the lock has been jimmied, what do you do? My protagonist (and I) would go back outside and call 9-1-1. What does he do? Enter the apartment, find the light switch doesn’t work, let his daughter precede him inside. Of course, both of them are attacked. To make things worse, in another book – come to think of it, in every book – he knows he shouldn’t be doing what he does and then isn’t surprised when he gets hit over the head or locked in an abandoned building. If he’s not surprised and expects it’s an ambush, you’d think he’d avoid the situation instead of walking into the trap, sometimes several times in the same book.

The time span between books also leads to a kind of amnesia. “Hmm,” I think, “I read the previous book last year. I think I enjoyed it.” So I’ll read the next one, and then part way through remember that I hadn’t particularly liked the protagonist or the setting or the mystery. I read it anyway, though, because I have a completion fetish. I avoid that mistake when reading one book in a series after another with no gap between them, and so I don’t bother reading another in which the protagonist has not changed or developed. Or worse, I don’t find her likeable or believable.

Fortunately, I’ve found the valuable gems – those books I can’t wait to download so I can continue reading without a break– far outnumber the plastic baubles. I’m so glad I have a Kindle.